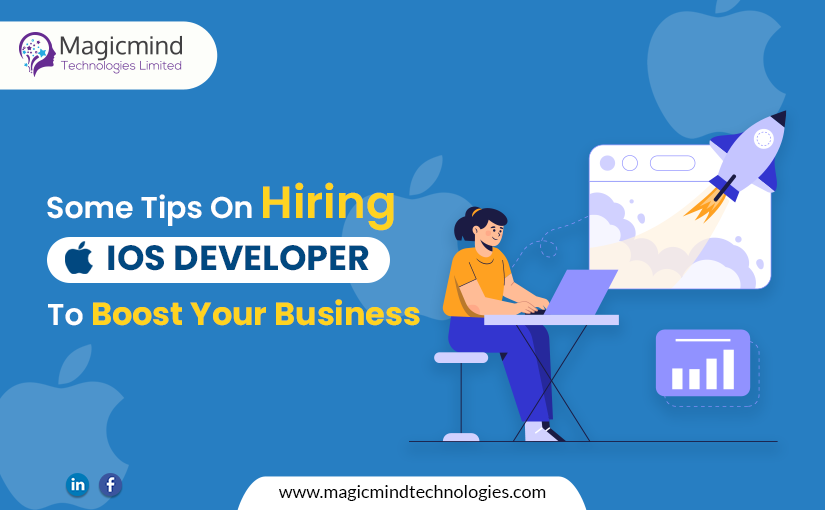 What is the meaning of iPhone App Development?

Your requirements form the foundation for mobile app development. Before hiring a team of iOS app developers, it is essential to understand your business and its requirements, its target audience, the app platforms and the framework for use. For instance, an eCommerce business will have different needs than a fintech company.

While creating an application, it is essential to determine the end-user of your product. Building an eCommerce solution is suitable if your core business is retail. An app might appeal to a small section of the customer base, but not all of them.

Several survey services, such as SurveyMonkey or Survata, will help you get the feedback of your potential audience. You can use the existing user base to analyse the trends and zero in on the users most likely to benefit from a mobile app or use tools like Statista and Google Adwords/Trends to access valuable data about your industry and audience. You may also check out the competition and the target users and analyse how their products perform using tools such as App Annie and App Data.

After you identify the target, the next thing is to research the end-users of your product to get to know them better. Your target audience’s geography determines the platform you need to build your app. Understanding your target users’ demographics and geography will help create a relevant, appealing and utility-based application.

Two leading platforms dominate the global mobile market- Apple’s iOS and Android. Implementing any of these depends on the country the app is made for.

Similarly, research finds that iOS devices are preferred by younger mobile users between the age of 16-24 and 25-35 in the UK. Therefore, the iOS platform would serve your purpose best if you target the US audience. However, if your product targets middle-class workers in China, you should probably go with Android.

Decide on the app development framework.

Even if you are sure about targeting iOS as your primary platform, there is always a dilemma of native vs other cross-platform mobile development frameworks. While platforms like Xamarin allow to speed up development through extensive code sharing, they are often ineffective when building customer-facing applications with heavy custom or platform-specific UI. To be able to share only logic, you still need to develop UI from scratch. If you want to build a heavy and custom-made iOS application, it is best to use a native framework as it makes no sense to compromise on performance and UX.

Although the primary programming language for macOS and iOS is objective-C for general-purpose activity, swift has recently received a significant update- Swift 3. It offers several neat features, and its adoption is increasing among engineers. Research has proved that only 11 percent of App Store’s Top 100 applications use Swift, while the rest still relies on Objective-C. Yet most iOS developers agree that for a complex project, you should probably go with the tried and tested Objective-C or at least mix it with Swift, taking the best of both languages.

Make the app compatible with the latest iOS version

Newer versions of iOS are released every year, and the older platforms become obsolete. And since the combined adoption rate is over 94 percent, the two latest versions, iOS 9 and iOS 10, are currently dominating the market. Thus, it is best to focus on the current versions and make your app future-ready. 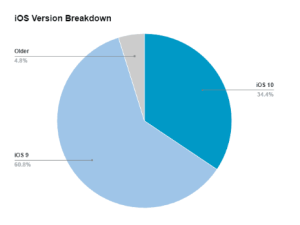 You can also run your app on the Apple Watch or even Apple TV if there is a good reason. For instance, an Apple Watch application could be a valuable addition to the health monitoring tool. Likewise, a multimedia app would benefit from allowing the users to access it from Apple TV.

While hiring a team of developers, you must consider the complexity and the variety of work or app development projects accomplished. The variety of work done refers to the type of industry the developer team had worked for. Initiatives such as real estate & property, education, fitness, sports, food delivery etc., are all involved in app development. Since every industry’s requirement, outlook and interests are different, the app development approach, framework, and tools are different. This exposes the development team to other technologies, tools and languages, further increasing their technical skills and prowess.

The benefits of iOS App development are

You can hire developers monthly or hourly as the hiring models are categorized into full-time, part-time and hourly.

Anyone can make an iOS app using the iOS developer kit, which Apple regularly updates. But iOS developers do face some challenges while creating an iOS app.

Some of the challenges of iOS app development-

– > Rejection from the app store– Apple being as strict as they are, the quality standards must be high, or else the app store will not approve or publish the app. Some rejection parameters are poor performance, lack of information, security issues and substandard UI & UX.

– > Device compatibility– Developers constantly have to learn new features of the latest iPhone updates to make apps compatible with the latest versions of iPhones.

– > Resource consumption– The app must minimize the use of resources such as the battery, CPU power, and memory, or else it might get a lower rating from users, which will adversely affect the app’s popularity in the app store.

– > Hardware and software requirements– An iOS developer has to have a Mac device to build an iOS application, which is quite expensive.

– > Storage Issues– It is a challenge for an iOS developer to manage memory within the app as iOS devices do not contain the trash assortment function and the apps consume a lot of memory space.

With over 6.3 billion smartphone users worldwide, it’s no surprise that the mobile app industry is thriving. App usage and smartphone penetration are still growing steadily, without any signs of slowing down in the foreseeable future.

Therefore, hiring iOS app developers can boost your business many folds. Thank You.