How To Hire An iOS Developer To Boost Your Business 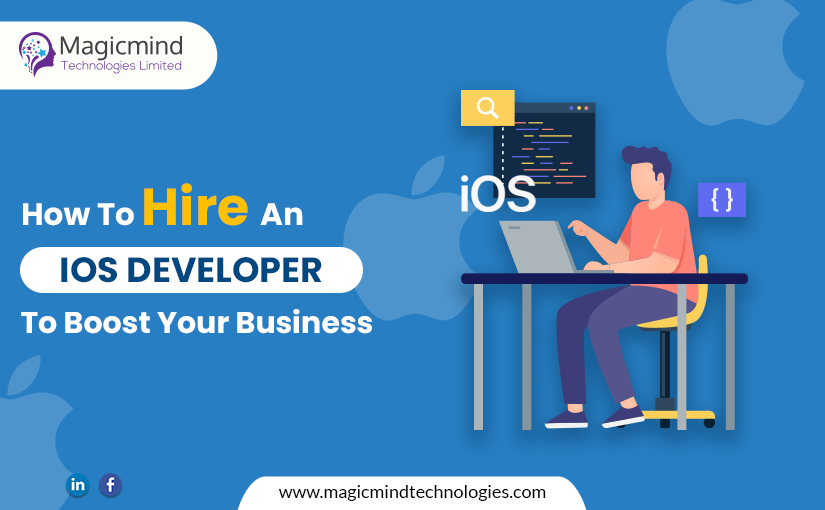 What is iPhone app development?

iOS app development is developing mobile applications using Apple-powered iOS devices, including iPhone and iPad. The primary programming language used for making applications in Swift and Objective C. The demand for iOS apps has increased, so businesses looking to enter this competitive market should consider hiring an iOS developer.

Who is an iOS developer?

An iOS developer builds applications for mobile devices run on Apple’s iOS. They must be qualified in both Swift and Objective-C programming languages used in iOS app development.

Some of the popular ways of hiring iOS developers- 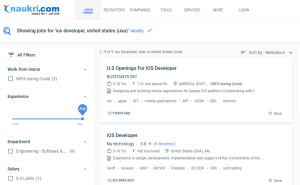 Things to keep in mind while hiring an iOS developer-

– > Analyzing Project requirements– Before moving on to the app development phase, it is crucial to ascertain the needs and objectives of the app. Every industry has its prerequisites. These requirements and intent include selecting app programming language, selecting a platform or framework for the app, understanding budget constraints, integrating features in the app, payment modules, security and more.

Besides, the app’s targeted country is an essential factor. iOS and Android are the two platforms to choose from. For a country like China or India, Android would be the better option. Thus, these requirements and details form the foundation for app development.

Apart from these skill sets, the developer’s experience counts more than how many programming languages they might know. The experience refers to previous iOS app development projects a developer had worked on or been part of. The complexity of these projects can be a yardstick for analyzing the skills of iOS developers. So, while hiring an iOS developer, verify a developer’s skill sets and experiences by checking out their previous works.

Benefits of hiring an iOS developer-

– > Junior iOS Developers– Junior iPhone app developers work under the supervision of Senior developers and start with executing less complicated tasks. These types of employees are expected to become Mid-level specialists in a year.

Junior hiring is appropriate if you have a team of advanced-level tech engineers and many mundane chores to clear up. That is a cost-saving approach. The experience of a junior iOS developer is less than two years.

-> Middle iOS Developers– can work on both simple and advanced tasks. This type of specialist does not require full-time supervision of senior iOS developers. Since mid-level developers can work on a project individually and independently, you may assign advanced tasks to them and ask Middle-grade staff to manage a development team that consists of their peers or more Junior staff. The experience of a mid-level iOS developer is between 2 to 5 years.

*  Contract-to-hire- is an agreement to work in a specific job role, in this case as an iOS developer, for a set period. Developers are hired contractually for a particular project or job role.

*  Hybrid- is a mix of both in-office and remote work, in which an employee can pick and choose. This is currently the most preferred mode of work for developers, as there is an element of flexibility regarding the place of work.

* Part-time- another mode of working requires an employee to work in a specific role for a limited amount of time in a day. The full-time developer also opts for part-time jobs during their leisure and earns a little more.

* Full-time- This is the most prevalent mode of working to date. Companies hire developers full-time to develop them into valuable assets for the company. In a full-time job, a developer is entitled to all employee benefits.

*  Remote- is a mode in which the developers are not required to come to the office. They can work from their homes or else. They will report to their department head or team lead via the internet.

*  Freelance- As mentioned above, freelancing is also a famous work mode for developers as they are not stuck to one company or one type of work. Instead, they can work on a variety of projects and even earn more than a full-time developer.

Cost of hiring an iOS developer-

The cost of hiring an iOS developer depends on many factors such as qualification & skills, experience, location, technology and complexity of the job.

According to Glassdoor, the average hourly cost of an iOS developer ranges from $25 to $150.

The Average cost of hiring iOS developers in different countries

Challenges of hiring an iOS developer-

With over 6.3 billion smartphone users worldwide, it’s no surprise that the mobile app industry is booming. App usage and smartphone penetration are still growing without any signs of slowing down. Thus, the demand for iOS developers is very high as they are skilled in taking a business to new dimensions and boosting overall business.