How to Successfully Hire React Native Developers to Grow your Business 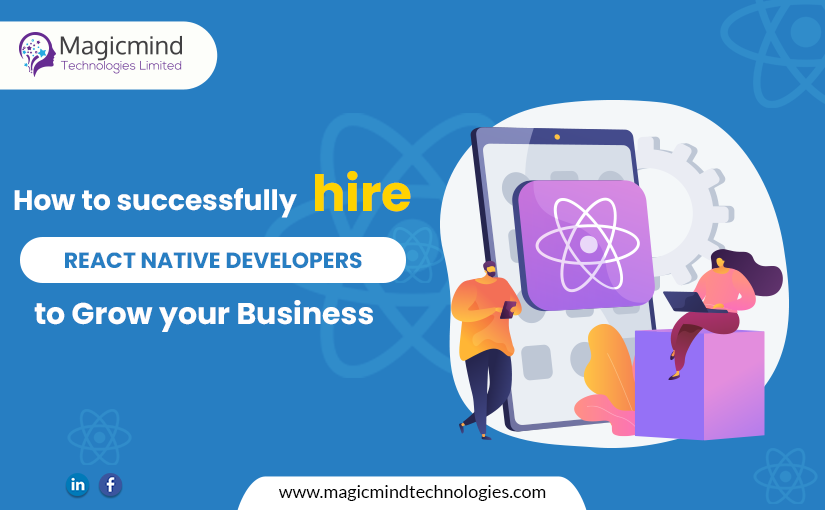 Which is the best app development platform of the two- Android and iOS? The answer to that will come down to the end-users choice of smartphones. Businesses opt for cross-platform mobile apps that work on Android and iOS platforms. This means you can target a wider audience and earn more significant revenue.

React Native is the way for those thinking of building a cross-platform app for their business. The market share of React Native in the top five hundred apps accounts for 14.64% of installs, according to AppBrain. React Native’s five leading industries include events, Food & Drink, House & Home, Shopping and business.

React Native is used by some of the biggest companies such as TikTok, Instagram, Facebook, and Netflix.

What is React Native?

React Native is an open-source JavaScript framework designed for building apps on multiple platforms like iOS, Android, and web applications, utilising the same code base. It is based on React, bringing all its glory to mobile app development.

JavaScript is the programming language used in React Native.

General Job portals– These traditional recruitment mediums offer thousands of jobs in almost every sector or industry. Filter options will enable you to zero in on candidates that match your job profiles. Some of the best non-tech-specific job portals are as follows. 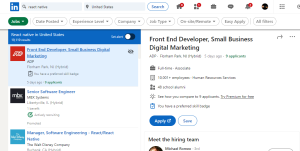 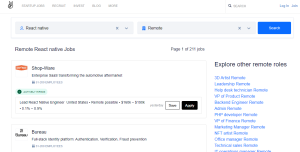 These software development specific job sites offer the developer community the opportunity to share and connect with specific job opportunities. These sites provide location-based job and hiring solutions.  Some of these job boards are-

These job sites list remote software/application development job opportunities, which means a developer has the privilege of working from anywhere they choose. It should also be noted that few jobs might require a developer to work from the office or even follow the Hybrid working model, especially after the pandemic. Some of the remote job boards are-

These sites connect recruiters to freelancing developers. These developers are hired on an hourly and monthly basis. Some of the freelancing job sites are-

Who is a React Native Developer?

Some of the primary responsibilities of React Native developer-

* Build native-like UI for Android and iOS mobile platforms.
* Turning client requirements into reality by writing reliable and maintainable codes.
* Check for performance gaps and identify errors in user experience before they appear.
* Carry out automated tests and performance checks to maintain application quality.
* Flexible in employing native APIs for integrating external tools and libraries across cross-platform apps.
* Adhere to the full-stack development process as per company standards and expectations.

Why will you Hire a React Native developer for your app–

React Native is a pioneering path that solves the problem of maintaining two code bases for a mobile app that runs on Android and iOS. Giants like Facebook have faced this problem. React Native as a mobile app programming language eliminates that problem.

A React Native developer will build a mobile app for your business that can run on Android and iOS platforms. This means you reach and promote your products and services to a larger audience group, which is profitable for any business. React Native is your best bet if you want to run your app on both iOS and Android platforms.

Some of the other benefits of hiring a React Native developer-

React Native is one of the most popular programming languages not only among businesses but also among developers. 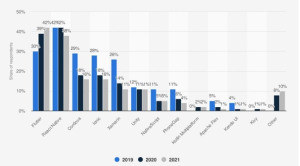 The average cost of hiring a React Native developer is as low as $18 to $150 USD per hour. 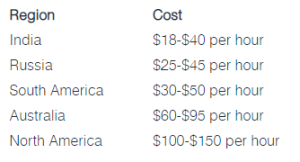 The worldwide mobile application market is expected to rise and reach up to $300,0USD 300,000 million. Mobile apps are the future of all businesses that can create fluid and interactive mobile apps that will stay relevant and are bound to grow. And React Native gives a business the option of running on both the Android and iOS platforms. If you are considering building your mobile app for both Android and iOS, you should consider hiring a React Native app developer.