Some Pointers on Hiring Android App Developers to Boost Your Business 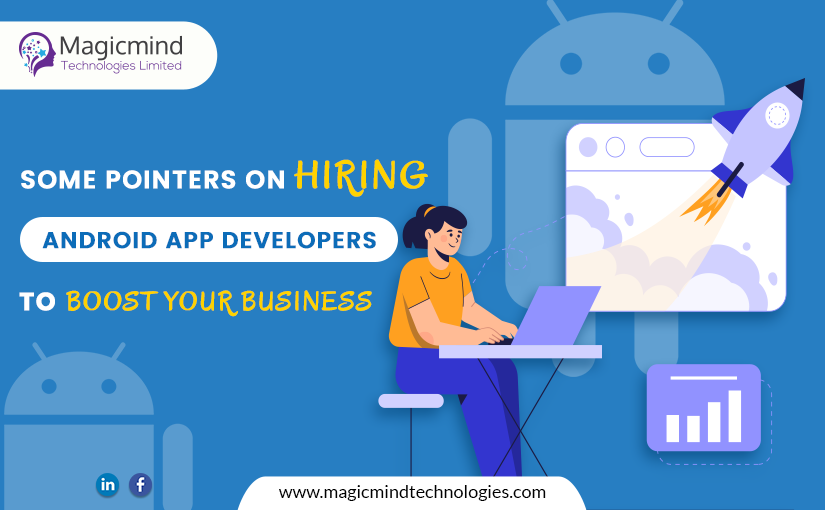 What is an Android App Development?

It is developing a mobile application specifically built for the Android platform that works on smartphones and tablets. An Android developer must be well-versed in programming languages like Java, Kotlin, etc. and Android frameworks.

1. Job Portals- There are various job portals, but we would discuss only the industry-specific ones. Recruiters look for candidates on these portals worldwide for eligible candidates. Here are some of the best portals for Angular developers- 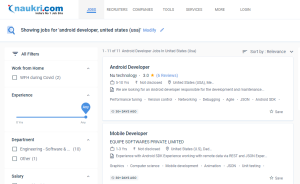 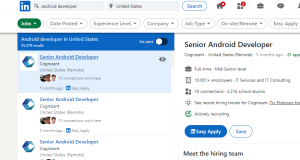 2. Referrals- Referrals are one of the most effective ways of hiring developers. These referrals include employees, associates, friends, family, and business partners. One advantage of it is you have direct contact with the developer. Apart from this, a sense of mutual trust is created between the developer and the employer. Having said all of that, it is also true that your network of acquaintances, friends, or family limits the variety of developers you can access. Nevertheless, this is one of the best ways of recruiting android developers.

3. On & Off-campus graduates- There is no better way to hire fresh talent who has just graduated. The positive side to it is that you not only recruit new talent but also develop them along with the business. You can expand your outreach by providing special training and boot camps in relevant programming areas.

4. Paid Ad campaigns- Direct and paid ads can target and find developers with specific skill sets. The next phase is scheduling an interview with apt candidates. The downside to this method is that you will have to bear the cost upfront. You can advertise on many online platforms such as Facebook, Reddit, Google and LinkedIn. These online media can target both local and freelance developers.

5. Facebook developers’ groups & Communities- Facebook is crowded with several professional groups. You can join these groups and search for apt candidates. You can also act on the recommendation of group members. Once you are a group member, you can post about hiring developers or reach out to some of the more active members.

6. Developer conferences & seminars- this is an excellent way of finding an Android developer near your location. You can find out developer conferences in your area by searching online. This allows you to not only get closer to some of the top developers but also get to hear their thoughts and ideas. It is also plausible that you connect with developers personally and get to know them well.

7. Freelancing- You can also hire Android developers as a freelancer from freelancing platforms such as Upwork & Fiverr. The price of these platforms can range from cheap to expensive. One positive side is that it can speed up the hiring process significantly, even though it can get costly. The only problem is that you cannot test the developer’s skills and experience.

8. Outsourcing- By outsourcing a third party, you eliminate the headaches of hiring a developer full-time or on a contractual basis. Through this, you are hiring a team of developers with extensive experience in the field, and no screening of the developers is required. So, the chances of delay are minimum. The only downside is that you have no control or management of the team. Several outsourcing companies assist.

Things you must know while hiring an Android Developer

After extensive market research, you must know which platform to reach out to the target audience. The selection of medium depends on the target users preferred mobile device. In India, where most users are on Android, developing an Android app is a good idea. If you need an app for both Android and iOS, you can opt for a multi-platform strategy.

You must know your target audience and plan features, pricing and competition strategies. You can also introduce a prototype in the market, see the audience’s reaction, and then decide what change is to be done to make it more engaging and appealing.

An Android developer must have technical skill sets and experience to build an app successfully.

Technical skills may include knowledge of app programming languages: Java, Kotlin, Dart, C#, C++, Python, Lua and JavaScript. Knowing the languages is not good enough; instead, a developer must importantly know which framework would suit a particular app development project, according to its requirement.

To analyze the experience of Android developers, you have to go through their previous works by checking them out on the Google play store. Also, you must consider the complexity of the projects while vetting a developer during recruitment.

Other technical skill of a developer includes the knowledge of essential design elements, use of a database, API and understanding of the business process and SDLC (Software Development Life Cycle).

Junior Android Developer- someone with experience of six months or more. They work under the supervision of seniors. They are given the essential development works. They work on programming languages such as Android SDK and kotlin. The salary of a junior android developer starts from USD 1,122.

Android Developer- is a mid-level developer who can do the development works independently and only minor supervision of the seniors. They work on techs and tools like APIs, Git, etc. The salary of an Android Developer starts from USD 1,800.

Senior Android Developer- A senior-level developer mentors the development team. Apart from this, they also manage the team and participate in meetings with the other teams. A senior developer works on Analytic tools, app security, databases, etc. The salary of a senior developer starts from USD 3500.

Cost of Hiring an Android Developer-

Most job portals say the average cost of hiring an Android app developer is $15 – $40 USD.

Challenges of hiring an Android Developer-

With the rise of the digital revolution, smartphone penetration is very high, and the demand for mobile applications is ever-increasing. In particular, the need for Android apps is high for Android, which enjoys the largest mobile operating systems market share. Thus hiring an Android app developer to create your own can benefit your business.