The Role of Data in the Post Covid-19 World 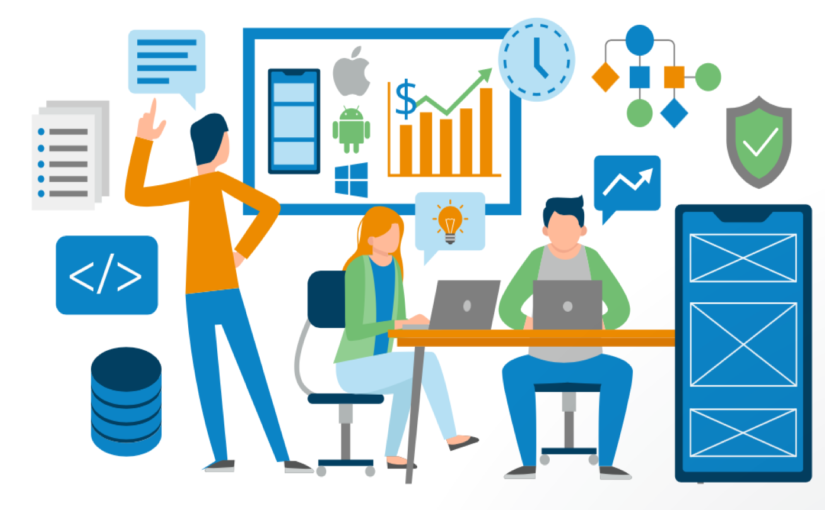 The SARS outbreak of 2003 is said to be responsible for giving rise to e-commerce giants such as Alibaba and JD.com.

COVID-19 is likely to be no different. It will bring up several major trends that were actually underway before the pandemic and that will continue during the time, post the covid-19 crisis.

In other words, companies will create more redundancy in the value chains. The consumers on this side will purchase goods and services online. Remote work will become the new trend.

What the atmosphere is suggesting is, that the application of artificial intelligence will be important in aiding Custom Software Development companies be it in India or abroad, adapt to these trends.

Data or AI-enabled platforms will have a big role in helping the companies in creating easier live work environments and on-demand labour forces. Machine learning and advanced data analytics will be extremely useful and with these, AI will aid the firms to detect new consumption patterns.

Now the point is that, Artificial Intelligence will be combined with human judgment and experience.

These functions will be extremely significant as tech-firms adapt to the new reality of the current crisis and its aftermath.

Initially, optimizing cost and time was the objective. Thus, concentrating production in factories in one or two low-cost nations, was the go-to. Inventory and excess capacity were equated with waste. But recently, the ‘new globalization’ made the companies rethink about their supply chain tactics.

The pandemic crisis has disrupted global supply chains and has moved redundancy higher up on companies’ agendas as a means of reducing risk and weathering the next global shock.

Say let’s consider Amazon. Amazon is ramping up its fulfillment capacity. However online grocery marketplaces in China are said to have huge influxes in deliveries of fresh vegetables. Now, movies are also being released for digital streaming without even being released in theatres. Last but not the least, long periods of isolation, and an anxiety about an economic recession, might actually cause the consumers to cut down on luxury items in favour of essentials.

Some of the shift to remote work due to the pandemic may be short-lived. But much of it will persist as more people experience the benefits of working effectively from home. Thus,the working arrangements and models of on-demand labour, associated with the so-called gig economy will not be uncommon anymore.

Firms will need to leverage the ways of engaging human resources to combat the risk of disruptions and remain competitive. Now, data or the AI is no golden way for implementing new ways of working, but it can play an important role.

The point is to PUT A.I AT THE CORE OF BUSINESS AND OPERATING MODELS

The current crisis and its aftermath should motivate companies to adjust their business models to the new situation. Winners will be those, who will reinvent themselves by putting software, data, and AI at the core of their organizations. Companies that are digitally native, can serve as inspirations. AI is already leading. Say for example, identifying the best routes, onboarding drivers, and even helping to detect fraud. Some long-established incumbents in sectors as diverse as mass retail and consumer finance are now transforming themselves in preparation for an AI-based future.

Such a situational transformation requires that AI be regarded as a major thing, in the business model. The data should be providing critical input to a broad range of tasks in a firm, while also making way for a smaller-scale organization.

For such reasons, in Competing in the Age of AI, Marco Iansiti and Karim Lakhani call on firms to build an “AI factory,” which they describe as a “scalable decision engine that powers the digital operating model of the 21st century firm.”